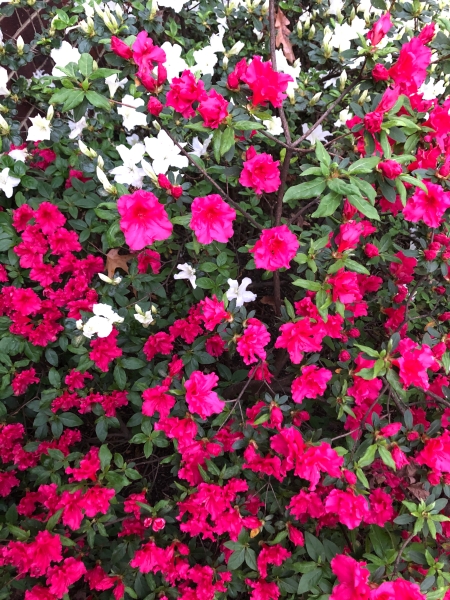 “How old were you when you first experienced integration?”

That was the question Margaret Edds asked at the beginning of her talk on her book We Face the Dawn several years ago. I didn’t have to think hard to answer it.

I was eighteen. I left my all white town for college, never having had a conversation with a Black person. Now, here I was, one of thousands of young people in a multi-racial, multi ethnic crowd. Inside that swarm of bright-eyed, energetic people bursting with opinions and perspectives, I felt the world expand. This was what I’d been missing in high school.

I (mistakenly) didn’t consider myself a product of white supremacy — I was better than that! — but I knew that my light skin tilted the scales in my favor. I benefitted from institutional racism.

My little sundown home town is in Ohio but now I live in the capitol of the Confederacy, Richmond, Virginia. Like many other U.S. cities these days, Richmond’s streets and parks are filled with protestors coalesced around the Black Lives Matter movement. The towering monument to Robert E. Lee and the Lost Cause, now colorfully contextualized, is a focal point for unrest. A few blocks away, the headquarters of the Daughters of the Confederacy was fire bombed.

A friend’s comment struck me: “These young people aren’t going to put up with what we put up with!”

HOLD ON!, I said to myself. “HAVE I been putting up with stuff?”

Well, duh — YES! I’ve been well aware that BPOC are abused and disrespected by our white dominated society. But — here’s an example of white privilege — I didn’t have to think about it everyday. My efforts to ameliorate conditions were piddling at best. This tree has to come out by the roots.

If I don’t want to put up with it anymore, what do I do now? Being nice is not enough.

I turned to a trusted advisor — Google. I read articles and watched YouTube and listened to podcasts.

I bought the Me & White Supremacy workbook and am using it as best I can.

I’ve donated to two bail funds for protestors and set up a monthly donation to Friends Association for Children. Founded with the help of Quakers in 1871 to care for newly-freed orphans, Friends still serves a primarily Black community. I increased our long-standing monthly donation to the Southern Poverty Legal Center.

I’ve written to my county supervisor to urge creation of a civilian review board for our police department and asked others to do the same. If we stay on it, it will happen.

I am deliberately choosing books by BIPOC*. I’m following Black authors and book reviewers on Twitter and YouTube.

It’s not very much and it’s not enough. But I’m learning. At the very least, I might avoid offending  BIPOC through ignorance.

Are you also white? How are you responding?

Pearl Harbor Day was yesterday. I remembered. And I didn’t fly the flag.

We found a flag holder screwed beside the front door when we moved into this house. We bought a flag, a deluxe, made-in-the-U.S.A. stars-and-stripes. As a Quaker, I chose not to repeat the Pledge of Allegiance to the flag, which, when all is said and done, is merely a piece of cloth heavily weighted with symbolism. There are principles above ” my country right or wrong” and one sets those principles aside to pledge allegiance to the flag.

Are you a person who loves your homeland? The trees, the bird singing on the wing, the smell of the air? the swell of the hills and the blue mountains rising behind? the shush of surf? the racket of a city street? Any of these can call up home in the mind’s eye.

On the other hand, a nation state is a political construct.  As a powerful symbol, a flag may stand for both and be revered. But, under the same flag in a different year, ordinary citizens might fear the soldiers marching behind it. Any symbol, in the wrong hands, can be used to incite hate and violence.

Yesterday I didn’t hang our flag from the house not because I disrespect the servicemen and civilians who died when the bombs fell on Pearl Harbor. No, that wasn’t it. I didn’t hang the flag because I was briefly overwhelmed by the pattern of what we, as a nation, choose to remember and honor.

Our national holidays — no matter what the original intention in setting aside a particular day — seem to glorify our military and deify our veterans. The “Freedom isn’t free!” chant drowns out any nuance.

We are admonished to remember Pearl harbor. Shouldn’t decency call us to fly our flags half mast from government buildings all across our country on August 6?  That’s the day when many peace organizations and religious groups remember Hiroshima & Nagasaki.

We rightfully celebrate the birth of our nation on Independence Day. Maybe we should also recall the (according to some estimates) hundreds of thousands of people who cleared and worked the fields but died of contagious diseases before the Europeans moved in and took over? We celebrate Columbus Day but do we, as a people, recall the Trail of Tears or Wounded Knee?

And while we’re at it, let’s revive the real meaning of Labor Day — to honor the struggles and celebrate the achievements of organized labor. Outlawing child labor, securing the right to organize, establishing the Occupational Safety and Health Administration, and more, were no mean feats and have saved countless lives. People died for these protections. “Freedom is not free.”

Labor Day might also be a day that we, as a nation, lay wreathes at the Tomb of the Unknown Worker in honor of exploited/enslaved labor, those buried beside the railroad tracks they built across the prairie or laid in unmarked graves beside the fields they tended. And those others who built our cities dug our canals, blasted tunnels for our roads, toiled from sun-up to sun-down huddled over sewing machines or looms. Juneteenth, which has been an official national holiday since 1997, could be celebrated by everyone, as it should be.

What about greeting cards for Jan. 31, the day the first Social Security check was issued in 1940? Or ritual toasts on June 29 in appreciation of the national highway system? or maybe toasts of clean, safe water on December 2 to the Environmental Protection Agency? “Freedom is not free!”

Let’s toss out the crass commercializing of every one of our holidays. (What kind of holiday do retail workers enjoy when Labor Day is yet another day of sales?)

When I was a child, we pinned simple red crepe paper poppies to our coats on November 11, and thought about all the young men slaughtered in that gruesome war, The War to End All Wars, World War I. They weren’t gods, those dead boys. They were people. We mourned.

We are a country ever yearning toward our ideals of our Declaration of Independence, a country still becoming. We are only ever momentarily the triumphant “Star Spangled Banner.” We are always “America the Beautiful.”

Must our national holidays be all bluster, war-mongering and mindless flag-waving? Will   our proud nation ever learn to symbolically bow her head and ritually acknowledge past failings? Can we, as a people, lift up our many civic acheivements in joy and celebration?

Until then, perhaps I need black streamers for my flag or a wreath of red poppies for my door.